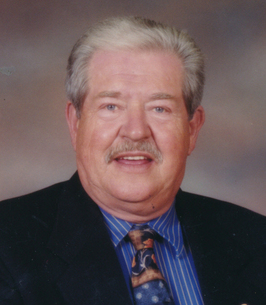 George Stanley Tucker of Listowel, and formerly of Atwood, met his son Brian at the heavenly gates on October 6, 2022, in his 87th year.

Predeceased by his son Brian Tucker, brother Earl Tucker and his wife Peggy, and sister Shirley Lee and her husband Elmer.

George and Audrey would have celebrated their 63rd anniversary on October 10. George (Old Faithful) was Clerk-Treasurer for the township of Elma for 35 years. He was a proud life member of the Atwood Lions Club, coached and played hockey, and had an active social life with his Atwood friends that usually ended with a rousing rendition of "Daisy a Day". He loved a good game of golf and Lost Heir, and was a huge Toronto Maple Leafs fan.

He will be remembered for his patience, humour, and love of family and food.
We would like to thank the amazing staff at Huronlea for their compassionate loving care they provided him for his last years while he battled dementia.

Memorial donations to Atwood Lions Club or Huronlea Residents' Council would be appreciated.