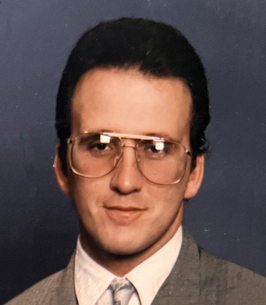 Kevin Durston of London, died on Sunday, September 25, 2022, despite every effort on his part to thwart the odds in his favour and come out unscathed from his long battle with liver disease.

Kevin lived a life worthy of Game of Thrones. Each time the world tried to usurp his metaphorical throne, he found a way to endure. It’s through his strength, endless perseverance, and dedication to his children, that he held on as long as he did and fought as bravely as he did.

Though he wasn’t a man of many words, he found his own way to connect with the world around him and this is how his memory will be kept alive. It will be through his love of great poets, such as Dylan Thomas, Robert Frost, and writers like Salinger, through his unique taste in 80’s horror films (the classics), songs like Just Breathe by Pearl Jam, pre-millennia video games, and through memories of dancing to Sailor Moon in the living room and weekends out fishing with his kids.

“I will live forever” was a common remark in the Durston home. He will be sorely missed by his children but forever he will live, in our hearts, our minds, and the ways we choose to remember him.

Until next time, dad.

Predeceased by his parents Ralph & Marie (Carter) Durston, and his sister, Catherine Durston.

Donations in Kevin’s memory to the Heart & Stroke Foundation would be appreciated by the family and may be arranged through the Eaton Funeral Home, Listowel.