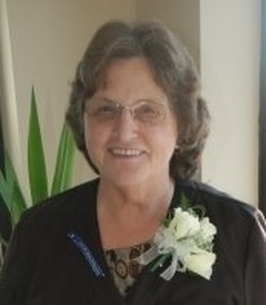 Marion Elizabeth (Ruttan) Feldskov of Fordwich passed away suddenly at her home on Tuesday, March 8, 2022, in her 79th year.

Her greatest joy was her seven grandchildren: Lexie, Erik, and Abby Feldskov, and Audrey, Elena, Dominic, and Ellie Knudsen.

She is survived by her siblings Donald & Mary Lou Ruttan, Marjorie Hawkins & John Pell, Bruce & Karen Ruttan, and Mary Lou & Roger Rowley, as well as many nieces and nephews in Canada and Denmark.

Marion was born on the 9th line of Howick and attended Orange Hill and Fordwich schools. Following graduation from F.E. Madill Secondary School, she moved to Teeswater, where she worked for the Teeswater Creamery for 11 years. Following her marriage to Holger in 1972, she returned to her roots in Howick Township, settling on the former Wylie farm just north of Fordwich, where she and Holger operated a dairy farm and raised their family.

After returning to Howick, Marion worked as an administrator at the Fordwich Village Nursing Home. In 1984, she began a 30-year career with the Huron County Libraries, working in the Fordwich, Gorrie, and eventually, the amalgamated Howick Branch. Working in the library brought Marion great joy, and she loved getting to know the Township’s many library patrons over the years. She watched many children from her children’s’ reading programs grow into adult library patrons bringing their own children to Storytime.

Marion led a life of service to her community, and many Howick organizations benefited from her dedicated leadership over her 78 years. She was a founding member of the Howick Women’s Institute, a long-time secretary-treasurer of the Howick Agricultural Society, a Township of Howick councilor, and a volunteer for Fordwich United Church, Howick Legion Branch 307, the Ontario Association of Agricultural Societies, the Huron County Cruisers, among many other organizations and events. She also was the founding editor of the “What’s Happening in Howick” Newsletter, an endeavour that has helped connect Howick residents with their community. For her efforts, she was awarded Howick Township’s Citizen of the Year award in 2014.

Marion was the unofficial family and community historian, archivist, and social convener. She maintained many long friendships and connections over the years from her childhood on the 9th line of Howick, her years living in Teeswater, her Junior Farmer and Womens Institute days, her many volunteer initiatives, and across many generations of family in Canada and in Denmark. She cherished each of those relationships. It never seemed to matter where she went, she would run into someone she knew and a long session of chatting and catching up would ensue.

Marion met her husband, Holger, in 1951 when he immigrated to Canada from Denmark. Their lifelong friendship led to marriage in 1972, and Marion became an honourary Dane. She wove many Danish customs, traditions, and foods into the Canadian experiences of her extended family. She and Holger travelled to Denmark many times to visit family and hosted Danish family and friends at their home in Canada. Despite the significant physical distance, those friendships have continued to flourish in the digital age of the internet, email, and social media.

Memorial donations to Howick Fire Department or Howick Legion Br. 307 would be appreciated.
Online condolences may be left at www.eatonfuneralhome.ca